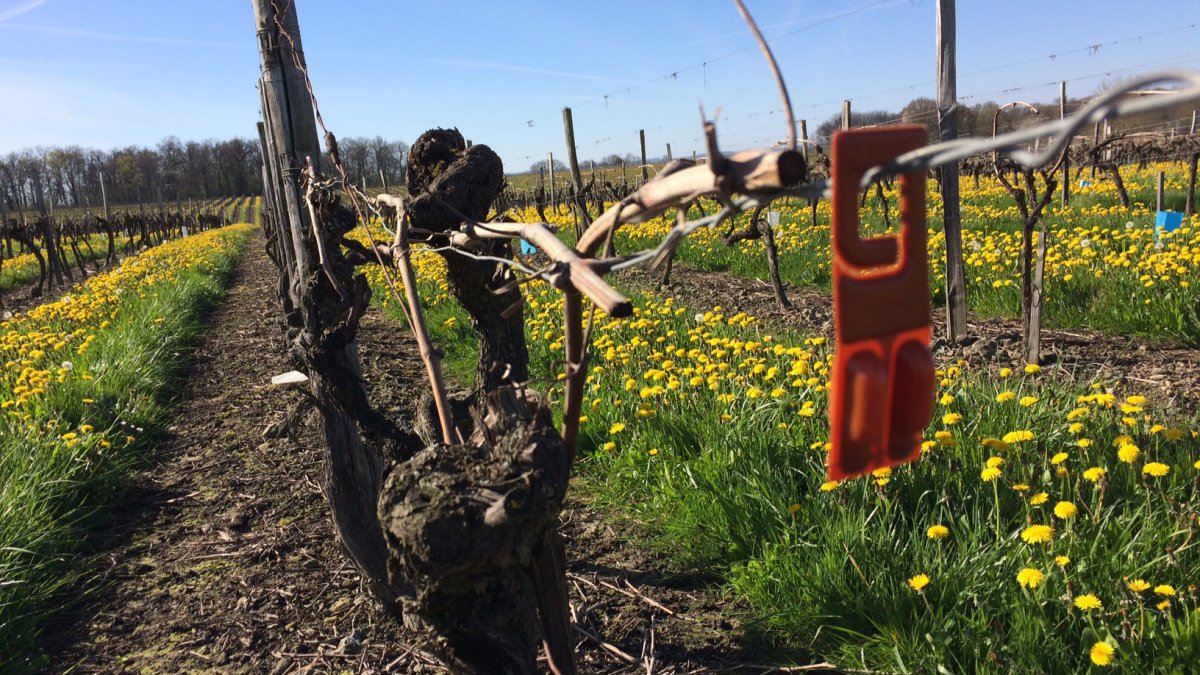 Sexual confusion, which has been practiced in French vineyards since 1996, is a natural method of combatting grape worms.The idea is to disrupt mating between male and female butterflies by dispersing an artificial pheromone in the vineyards which mimics the natural chemical produced by the females to attract mates.

The pheromone is contained in plastic capsules which are hung on the supporting wires in the vineyard (500 per hectare) just before the butterflies arrive in spring each year. The male butterflies can’t locate the females which means less mating and fewer eggs which results in fewer caterpillars and less damage to the grapes.Organising the placing of the capsules in the vineyards requires considerable cooperation amongst the vignerons because, to be effective, it has to be done on an area covering no less than 5 adjacent hectares, but it’s a good opportunity for the vignerons, sometimes 100 or more, to work together on a common project, to share a bite to eat and, of course, to enjoy a flute of champagne together.

In Champagne more than 9,000 hectares across 126 villages are protected by sexual confusion – that’s almost a third of the entire region – and in this regard Champagne leads the way amongst French wine regions. It’s also widely used in Switzerland and Germany because it avoids the use of insecticides and is an approved part of organic viticultural practice.